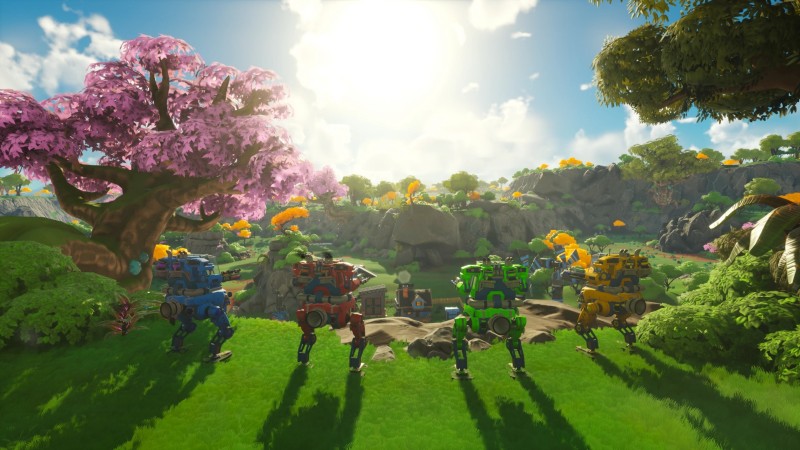 If you prefer games that feel a bit more off the beaten path, today’s ID@Xbox Showcase offered a promising slate of upcoming indie titles heading to Xbox consoles (as well as other platforms). While we were treated to smaller looks at recently covered titles such as The Vale: Shadow of the Crown, The Big Con, and Aragami 2, we also got a look at projects that haven’t been in the limelight for a while you might be learning about for the first time. A number of these games will premiere on Xbox Game Pass as well. For those who missed the presentation, we rounded up every announcement to make it easier to play catch-up.

This vibrant sci-fi farming simulator gives players their own mechs used to harvest materials, grow crops, and build settlements. You can knock out these activities alone or with up to three other friends in four-player co-op. Lightyear Frontier will launch in early access next year on Xbox consoles and PC.

As the name suggests, The Wandering Village is a unique city-builder where the village in question is situated atop a giant dinosaur-like creature. On top of looking after your residents by building them shelter and growing their food supply, you’ll also form a symbiotic bond with your living landmass and keep it healthy by steering it away from hazardous spores. The Wandering Village will debut on Xbox consoles and PC.

Lasers are inherently fun, perhaps even more so when used to solve intricate and varied puzzles. Lab Rat agrees but also puts you at the mercy of an evolving A.I. who, as you might have guessed, is all too happy to throw you into harm’s way in the name of science. Make sure you’re wearing your thinking cap when Lab Rat comes to consoles and PC in 2022.

RPG Time: The Legend of Wright

This hand-drawn RPG centers on a young aspiring game designer who creates his own epic adventure within the confines of his notebook. That odyssey springs to life in wonderful detail thanks to the game’s busy yet all-too-relatable presentation of cardboard dioramas, graffiti-laden desks, and myriad knickknacks. Save the day before the school day ends when RPG Time: The Legend of Wright arrives for Xbox platforms, PC, and mobile devices this winter.

Inked: A Tale of Love

Speaking of drawings come alive, Inked: A Tale of Love sports a comparatively cleaner look brought to life by a ballpoint pen. The game stars a nameless warrior searching for his loved one, a painter, by solving puzzles. The game breaks the fourth wall by featuring the presence of the world’s creator, a literal giant hand wielding a pen who aids the warrior on his journey. Inked: A Tale of Love launches August 27.

Sam & Max Save the World Remastered

A new trailer showed off more of OlliOlli World’s revamped open-world style gameplay as well as its extensive character creator for the first time. We also learned the game will run at 4K/120 FPS on new-gen hardware.

We've covered The Big Con's premise about a teenage con artist using her skills to swindle folks out of their money in order to save her mom's video store. What we didn't know was the talented voice cast, which includes the likes of Troy Baker and the newly revealed Erika Ishii as protagonist Ali.

This cyberpunk action sidescroller boasts fast-paced platforming that looks smooth as butter and it can be played alone or with friends in four-player co-op. Don’t like working together? You can also compete in a separate PvP mode. Aeon Drive looks slick and there’s a demo available today. Meanwhile, full game arrives this fall.

Do you love dogs? How about taking pictures of said doggos? The ultra-adorable Pupparazzi is right up your alley. Build your photography career by capturing snapshots of canines who can don all manner of outfits and engage in a variety of wacky activities like tearing up half-pipes on a skateboard. There are no humans, either. Only dogs. Sounds like heaven to us.

Out now on Xbox Game Pass, Library of Ruina has a fascinating if not bizarre hook. Set in a library, you engage in card battles against other librarians and visitors who, when defeated, turn into books for your collection. Well ok then. It sounds very strange, but at least we don’t have to wait to see just how weird it truly is.

The Vale: Shadow of the Crown

How about game you can't see but can only hear? The Vale: Shadow of the Crown puts you in the shoes of a blind warrior and, thus, players must rely on audio to survive a harsh medical world. Besides offering a much different take on elements such as combat and puzzle-solving, The Vale offers a great accessbility option for vision-impaired players. It launches August 19 on Xbox One and PC.

Pathfinder: Wrath of the Righteous

We knew the new Pathfinder CRPG was hitting PC on September 2 and we also learned it’s coming to Xbox One (as well as PlayStation 4) on March 1, 2022.

Aragami 2 maintains the shadow manipulation and hardcore stealth of the 2016 original but this time you can have two friends join the fray in three-player co-op. A new story trailer sets the stage for what you'll be fighting for and why.

The latest entry in the supervillian simulator series is making its way to consoles and Xbox Game Pass in Q4 2021. To learn more about what’s in store, you can read our review of the PC version here. 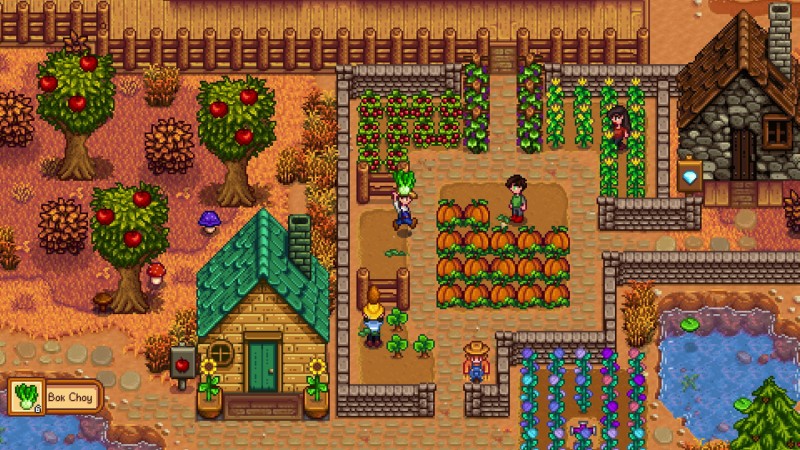 If you’re an Xbox player that’s been eyeing this acclaimed farming sim, you’ll be happy to know that it’s coming to Xbox Game Pass for console and PC sometime this fall.

Spacelines From the Far Out

Imagine the co-op insanity of Overcooked but instead of trying to operate a kitchen, you’re piloting a spaceship. You’re running your own line of space transports and you’ll need to master flying, hacking, cooking, dancing, and other skills to keep passengers happy and your business afloat. Spacelines looks equal parts absurd and chaotic and it’s coming this fall. You can also play a demo right now!

The showcase concluded with a new gameplay video for The Artful Escape. As we learned during last week’s Annapurna Showcase, the psychedelic sidescroller arrives on September 9 on Xbox consoles and PC and a new video gave us a look at Carl Weathers’ wacky sock wearing character and more of the game's beautiful, music-fueled platforming.

If comments are still showing as disabled, a site update is happening on our side that has caused a temporary takedown. We hope to have them back up and running soon so our community can go back to sharing their thoughts with us about everything gaming-related!