Newb so be gentle. I installed a fan that doesn't seem to be wired for a separate fan and light switch at the wall, so I capped off the red wire from the ceiling at the fan, and installed the fan black/white/ground as per the instructions. (it comes with a remote to turn on the fan) The light works at the wall on both switches, but as expected, the fan doesn't.

I want to install a wall control that operates 3 fan speeds and the light dimmer at the wall, similar to the remote, but there are specific instructions with the wall control not to hook up the white/neutral wire to either black lead on the wall control. Wall control only has 2 black, one labelled for power, one labelled for fan, and a ground. Based on by knowledge of circuits, which is little, it seems like this wont complete the circuit, and expectedly, there is no power at the control when installed this way... or am i missing something? Is the red something else on a 3 way switch?

Right now there are 2, 2-gang switches on separate walls, each with a red, white, black, and ground running to them. They used to operate the fan and light separately. 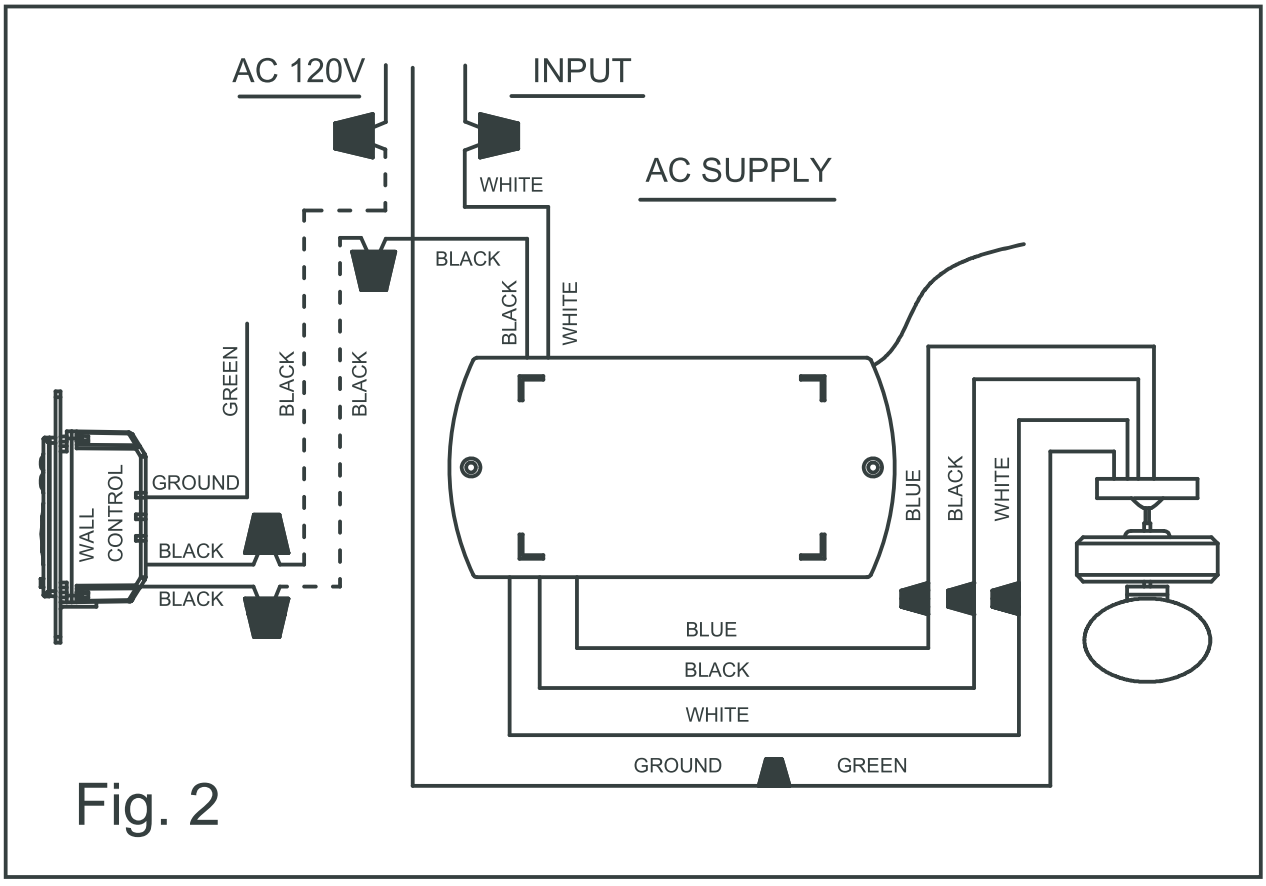