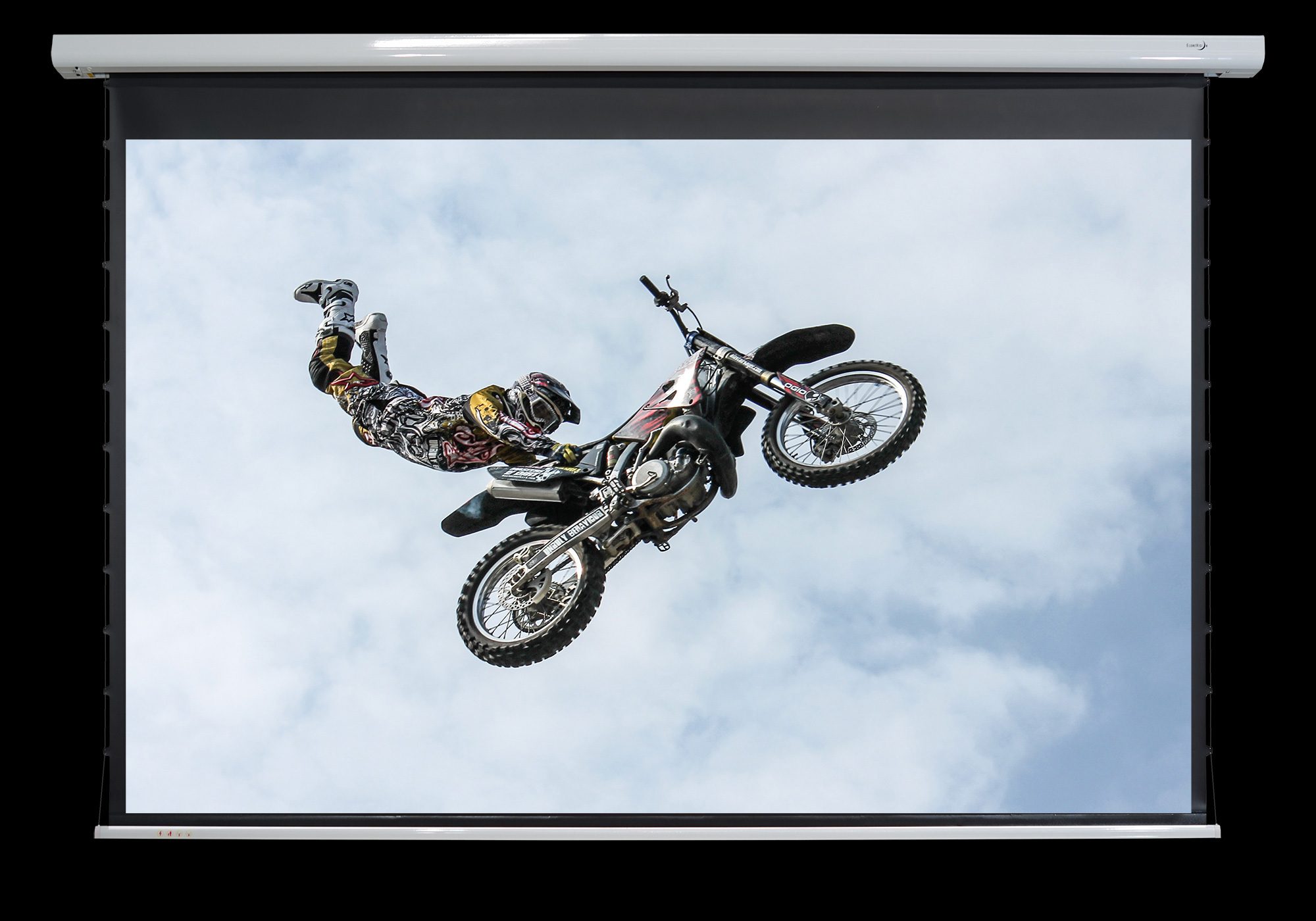 There was a time the word projector made us think of a weak beam of fuzzy light with dust flies buzzing through the image and a bespectacled teacher trying to cram arithmetic or the Periodic Table into our heads. Fortunately, projectors today are vastly improved. Theyre insanely bright, can provide a huge image size, theyre quiet, and theyre extremely versatile. In addition, todays projector screens are vastly improved to help make the image vibrant and realistic.

There are 3 basic uses for projectors. Narrowing your primary usage will help you decide which model is right for you. 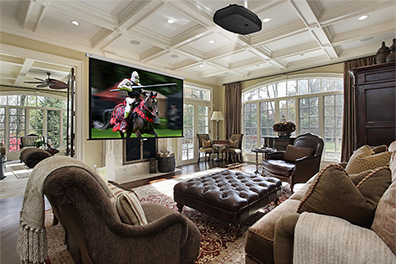 Home theatre projectors are no longer just for slides and power point presentations. Theyre truly TVs in a much smaller box. Its easy to hook a computer up to a projector and stream TV, photos, home videos and more. Projectors today also usually have quieter fans since theyre used in small rooms like media rooms and family rooms. 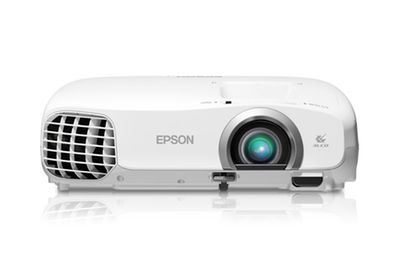 Home Theatre Projectors are most often recommended for:

These projectors are meant to be used in large spaces, so they need to be powerful and bright. In fact, data or business projectors are often brighter than home theatre projectors because they often need to compensate for overhead lighting or windows in some large meeting spaces. Business projectors often easily connect to laptop computers, either via cable such as HDMI, or Wi-Fi so that sharing presentations or files is easy. Because theyre often used in remote or out-of-office locations, theyre often portable.

Business/Data projectors are most often recommended for:

Pocket or Pico projectors are tiny pocket-sized projectors perfect for the businessperson on the go. They will fit easily into a handbag, carry-on, or briefcase and often weigh less than 3 pounds, yet can display images up to 70 inches. 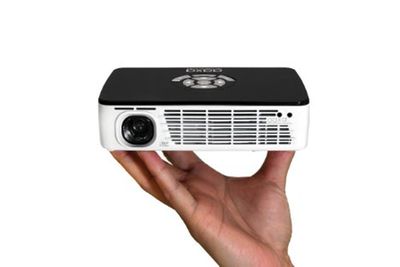 Pico projectors tend not to be as bright as full size models, but they are often smart, connecting easily to Wi-Fi for use with cloud storage or streaming. You can also easily connect a pico model to a compact camera, smartphone or tablet, or a laptop, giving you versatility in a very small package.

Pico Projectors are most often recommended for:

You may also hear about one other type of projector, that encompasses a couple of the points noted earlier: the Multi-Use Projector. Multi-Use Projectors often have the ability to be used as both a data projector for business applications and presentations, but also as a home theatre projector, allowing you to also use it for movies, gaming and other home entertainment. 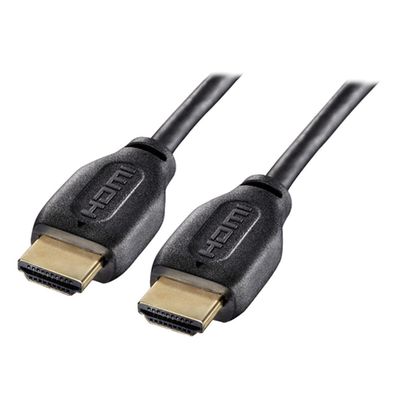 Projectors often have several ways to connect, depending what kind of content you wish to display. Many home theatre projectors have HDMI connections, allowing your to connect to smart devices like streaming TV boxes such as Roku, Apple TV, or Google Chromecast. Depending how many components you wish to hook up (Blu-ray player, cable box, streaming device and gaming console) its important to make sure the projector has enough ports to accomodate. Also, its important to keep in mind that if your projector is mounted to the ceiling, or stashed at the back of the room, youll need to find a way to run the appropriate cables to it.

Data or business projectors often have several data connection options including USB and VGA, and usually include Wi-Fi connectivity to avoid the hassle of lugging cables around.

Its also worth considering sound if youll be projecting to a large room, and picking up some external speakers that will properly work with your data device.

Youll come across three types of projectors when it comes to the manner in which the image is projected: LCD, DLP, and LCOS.

LCD, or Liquid Crystal Display is basically the same technology used in flatscreen TVs, except that in projectors the light is beamed through liquid crystals, rather than having the light bounce off them.

DLP, or Digital Light Processing, uses millions of tiny mirrors, or digital micromirrors to reflect light and beam an image. This is the type of projector most often found in movie theatres.
DLP advantages:
lightweight and compact (especially for compact, or pico models)
Gives a more Hollywood-like picture when using Blu-ray, DVD or HDTV
Provides deeper, truer blacks when compared to LCD projectors
Superior color contrast
Smooth motion for videos and fast-action scenes

LCOS projectors are the third type, with the letters standing for liquid crystal on silicon. LCOS is basically a combination of LCD and DLP technology.

Lamp or Bulb
Lamps or bulbs are the way projectors in years past operated. While a bulb can be very bright, and can last thousands of hours, there are other advances in projector light technology that might give you a stronger and more reliable light option with less maintenance.

LED
LED is a subcategory of bulbs. LED bulbs provide light without the same heat as regular bulbs, meaning a large noisy fan isnt needed to keep the projector cool. LED bulbs also last much longer than traditional bulbs, up to 20,000 hours compared to a traditional bulbs 3-4,000 hour lifespan.

Laser
With laser technology, bulbs are done away with altogether. Lasers provide a very bright illumination source and better contrast than a bulb. Laser projectors are also much more energy efficient than either regular or even LED bulbs, and because they run cooler, projectors using laser light can be much less noisy. 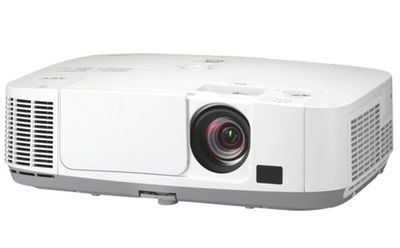 Lumens (brightness):
Projector brightness is measured in lumens. The higher the number of lumens, the brighter the image will be. Most projectors now use about 2300 lumens minimum.

Resolution:
Resolution in projectors is quite similar to resolution in TVs. It is the total number of pixels that a projector is able to display, ranging from 480p to 720p, and 1080p (HD). Today, resolution also includes whats called 4K, which supplies millions more pixels.
To choose the right resolution, its about more than going for the biggest number of pixels. It makes sense to also choose the resolution that will match the format being displayed most often. Whether thats matching the resolution on a computer monitor (like XGA), or choosing a 1080p projector for best watching Hollywood flicks, think about how the projector will most often be utilized, and get the proper resolution for that situation.

Contrast Ratio:
Contrast ratio measures the difference between the lightest areas of the image and the darkest. What that means in practical terms is that it allows viewers to see light and shadow, providing a depth of picture and more realism. A low contrast ratio means a more washed out picture.

Light bleeding into the display space can affect how contrast is seen. In dark rooms, for example, contrast will be more noticeable, so a projector with a higher contrast ratio would be better for a home theatre, for example. On the other hand a brightly lit presentation or convention space will mean contrast is less noticeable, so its not usually as important to show such fine detail when it comes to contrast.

Keystone Correction:
When presenting in a space with walls that are not flat and square, or if placing the projector at a 90 degree angle to the screen or surface isnt an option, look for a projector with keystone correction. Keystone Correction compensates for displaying at slight angles, or projecting on curved surfaces by adjusting for those warped or distorted images digitally. 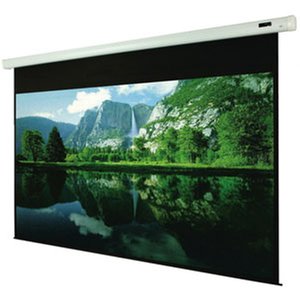 Wherever youre displaying your image, whether its at home or at the office, having a proper screen to project onto results in the highest quality image. While a white wall can be an acceptable canvas in a pinch, a proper screen will display the video to its best advantage. There are several screen options:

Pull-down Screen (Fixed or Manual):
A screen with a self-locking mechanism gives you the most options for display, Rather than just pulling into one or two positions, a self-locking projector screen can be unrolled to almost any position, rather than only a handful of presets.

Retractable Screen
Retractable screens are best for permanent installation, so ideally in a home theatre.When not in use, it retracts into the ceiling, into a casing designed to lie flat and be nearly invisible.

Portable/Collapsible Screen
This type of screen is obviously best for travel. These screenscome with tripod legs and a retractible screen that can be assembled in minutes.

Take the next step! 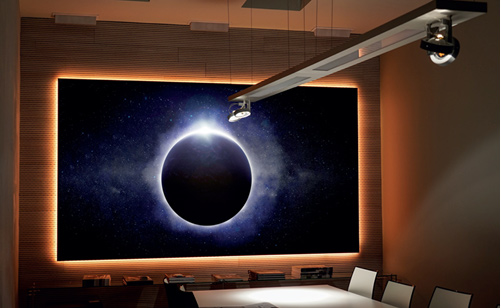 Now that you know more about projectors, visit BestBuy.ca to find the right projector for your home, business, or entertainment needs.