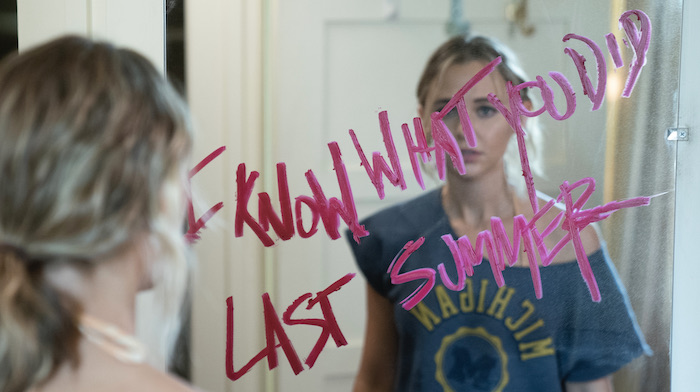 We now know the precise date when we’ll all know what you did last summer, which comes in the fall. If you’re confused already by the seasons and who will know what and when, don’t worry. Amazon Prime Video has released the first look at its 8-episode I Know What You Did Last Summer reboot series complete with release dates, official images, and a new plot synopsis.

While the handwriting’s not quite on the wall, you might say there’s lipstick on the mirror and it tells a story of someone knowing something.

We previously reported that Amazon’s I Know What You Did Last Summer series would deliver a modern, YA take on the 1997 slasher film. Like the movie, it’s following in the footsteps of Scream by making the leap from big screen to small. Sony Pictures Television co-produces the series which will be available exclusively on Prime Video in over 240 territories and countries worldwide.

I Know What You Did Last Summer is based on Lois Duncan‘s 1973 novel and the first half of it — four episodes — will premiere on Friday, October 15, 2021. The remaining four episodes will be available to stream on Amazon each subsequent Friday, with the first season culminating in a “suspenseful, can’t-miss” finale, on November 12, 2021. This, according to the official press release, emphasizes the seasonal nature of the show and makes it sound like they are hoping to continue it further, as opposed to just having it as a limited series. 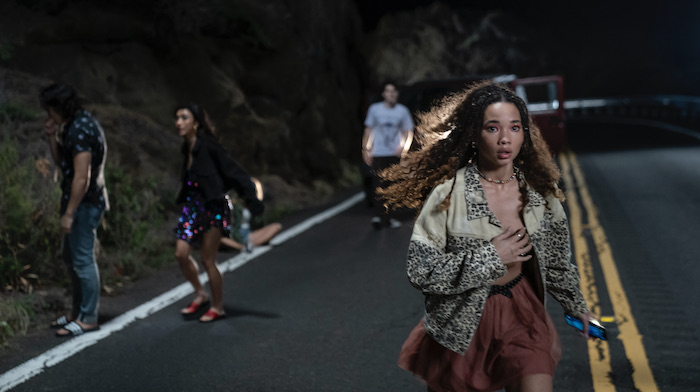 Knowing Is Half the Battle

Here’s the synopsis for Amazon’s I Know What You Did Last Summer series:

One year after the fatal car accident that haunted their graduation night, a group of teenagers find themselves bound together by a dark secret and stalked by a brutal killer. As they try to piece together who’s after them, they reveal the dark side of their seemingly perfect town — and themselves. Everyone is hiding something, and uncovering the wrong secret could be deadly.

Directly above, you can see one of the new first-look images from the series (more below). The scenario should be familiar to anyone who saw the 1997 film starring Jennifer Love Hewitt. Once again, we’ve got a group of fresh-faced teens by the roadside, looking like they’ve just hit someone with their car. Possibly a fisherman who will come back to enact bloody revenge on them with a hook? 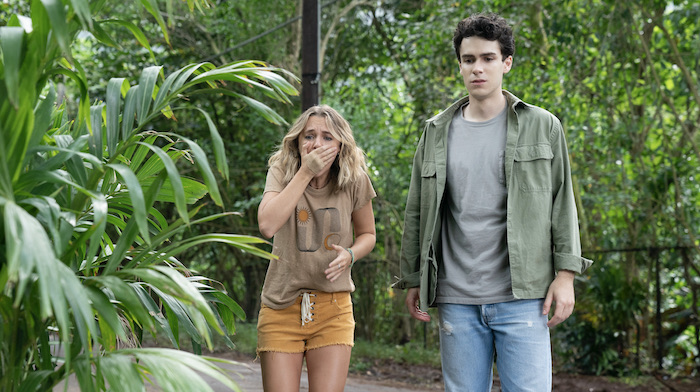 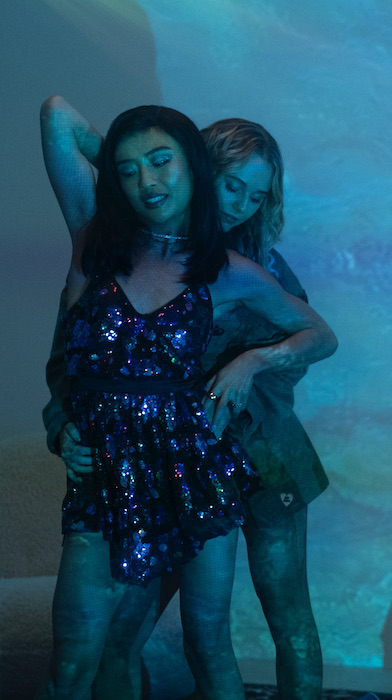 Amazon’s I Know What You Did Last Summer premieres on October 15, 2021.

The post ‘I Know What You Did Last Summer’ First Look: Amazon’s Reboot Series Knows What You’ll Be Watching This Fall appeared first on /Film.