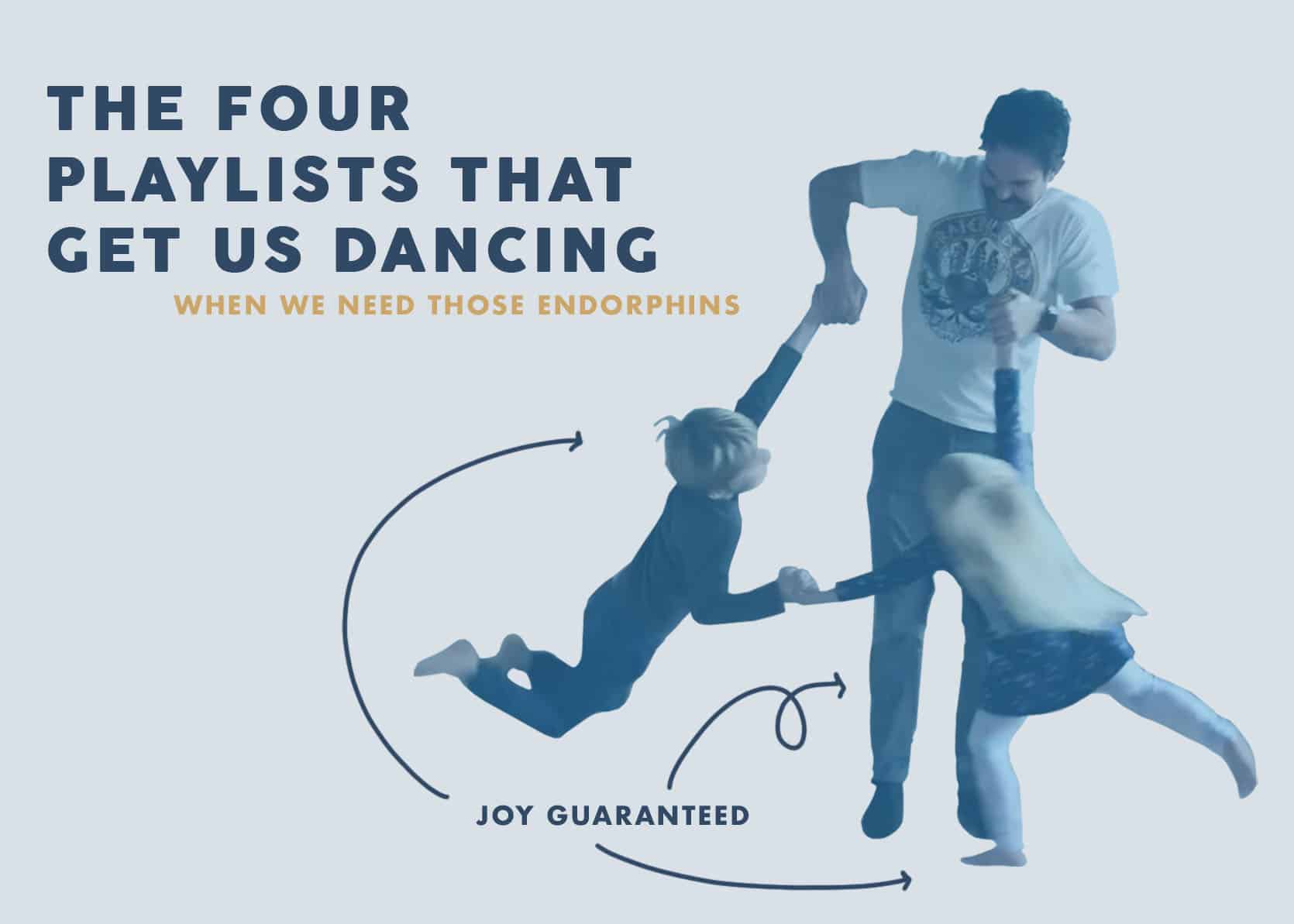 When I was young, like between the ages of 8-10 years old, I had a tactic I would use on my parents to try to get out of doing chores, or out of trouble. If I got caught using let’s say a blinds twister – you know those long, clear, ribbed plastic wand things that you twist to close blinds? A blinds twister! If I got caught using one of those as a katana blade on my mom’s daffodils in the backyard (which was very satisfying by the way, you can cut clean through the stem if you swing hard enough) and I got dragged inside to explain myself, I would try something that had a low success rate but I would try anyway –  I would play dumb. I would do my best innocent, put-upon face and say, “I didn’t know.” Even though I totally knew that I shouldn’t have been Ninja Turtle-ing the flowers.

It didn’t work in most scenarios, and I would have to spend the weekend planting new flowers, or maybe cleaning the back of my closet wall after getting caught throwing homemade “ninja stars” at it. I was into ninjas, ok? But sometimes, just sometimes, I could sneak one past Bob and Suz, and they’d buy my fake oblivion hook line and sinker. I was pretty convincing sometimes, which may have been the early seeds of me heading towards being an actor. Which is actually terrifying to write, let’s hope all of our kids are bad actors so we can catch them cutting our daffodils!

Oh God, I also just realized that this bad habit may have followed me all the way into adulthood – Emily accused me the other day of being “intentionally obtuse” when I was trying to get out of folding laundry by saying I didn’t know where her things went in her drawers. “Intentionally obtuse” is the adult way to say “playing dumb”, which is totally what I was doing.

Anyway, as bad as this tactic is, it is actually helping me through these tough q’tine times when I use it ON MYSELF.  Let me explain and start at the beginning. I’ve had lots of ups and downs through the pandemic – I started out great, seeing it as an opportunity to spend more time with the family, but I don’t think any human can be stuck inside with the same people for two months and not start to lose it a bit. I was noticing myself getting really short-tempered and annoyed with everyone. I felt put upon and was looking for little excuses to escape to my laptop, like that was going to help me, when in fact all I was doing was looking at Facebook or depressing news. I would pull out of it in the evening when I had a glass of wine and watched Nailed It with the kids, but it would start up again every morning.

I think a lot of it was coming (and is still coming) from having all of my creative outlets completely shut down. I worked hard to get back into acting in the theater, which I wrote about here, and I had just wrapped one of the most rewarding experiences I’ve ever had right before we had to stay at home. I was playing a great role in a great play which was extended so many times that I was able to work on it for like 5 months. It was scratching every itch that I could possibly have artistically. I was so excited to see what was next. But staying at home and all theater disappearing was next. Bah humbug.

So I found myself without an outlet, and without a job since all the videography (my day job) had dried up too. So I was basically unable to do anything that I felt ownership of. Sure, I could try to be the most kick-ass homeschool teacher there is, and I have some tricks for that to feel fulfilling, but I’m human and I can only go so long without feeling down about the whole situation. I would go from getting the kids fed and ready for school, to school, to making them lunch, to getting them outside for some sort of activity, to dinner, to picking something that the whole family could watch, to putting them down, to falling asleep because I apparently fall asleep at 9 now? The whole day was engaged with the family, which is awesome, but I’ve got an id (like Freud, not a license) and my monkey brain started to revolt, which in my case resulted in Grumpy-Brian.

I know that this is the routine for a lot of people out there, especially a lot of moms, and I have nothing but respect for those who’ve been doing it the whole time, but it’s a big shift for a lot of us and I think some of us are getting hit hard by it. It sounds selfish I know, and it probably is, but I know myself well enough to know that if I don’t feel some ownership of at least some part of my day the depression starts creeping back in.

I’m lucky enough to have a wife who knows me well and allows me to take the time I need to figure things out. She suggested that I drive some stuff down to LA  because we needed to clear out the garage, but also because she knew I needed a few hours of alone time. And it helped a ton. I drove with the windows down, listening to music and singing to myself. Boom. The endorphins snuck in.

I realized something on that drive – I had tricked my mind into releasing the chemicals that made me feel better. It wasn’t just driving, I still drive a bit here, it was the freedom to sing like an a-hole to the Hamilton soundtrack at full volume. It wasn’t for my kids or for the family, it was because I needed it. And it paid off. So I wanted to see if there were other ways to trick my brain into giving me more of those sweet, sweet endorphins.

I’ve started forcing myself to “play dumb” about the whole pandemic thing. I essentially treat my brain like my parents and see how much I can get away with before I get caught and pulled back to reality again. It’s a form of denial, I know, but I’m fine with that for now. I think it’s better for me to be mentally healthy than an informed citizen at this point. That basically just means staying away from the 24hr news cycle. Don’t worry we are still being very careful to keep our and everyone else’s family safe. But for my current mental health, I like feeling dumb and just following the fun, wherever I can find it.

I listen to my happy music when I go on solo-drives, when I go on runs, when I’m in the shower, anytime I can dumb down. The pandemic doesn’t exist when T. Swift and I are belting out “We Are Never Ever Getting Back Together” together. Life isn’t monotonous when I’m harmonizing with my girl Mariah on “Always Be My Baby”. The endorphins get to come out and flood my dumb brain.

So I’ve put together my “Help Me Ladies” playlist that I literally listen to at some point every day. I don’t know why, but pop divas have been my life through this whole thing. They’re happy, bright, effervescent – everything I need right now. I ordered the songs pretty intentionally, so try it without the “shuffle” and I think you’ll be singing along within a few minutes. And guess what?? When you’re singing a happy pop song you can forget the world for a few minutes! It’s ok! Just let go for a bit.

For a totally different vibe but just as distracting, I made a playlist for when I’m in my “Mid-Life-Crisis-Mobile” aka my ’85 Chevy. Emily got this for me for my 40th, which was amazing. It is the exact make and model that I drove in high school and had been on a statewide search for it for years. I actually flew up to San Jose to get it from a dude who was a mechanic and kept it pristine since he brought it off the lot in 1985. Needless to say, it’s my third child, I love it so much. There’s really nothing like the feeling of pulling up to a four-way stop in progressive LA, to find two Teslas and a Prius gawking at my “Dazed and Confused” wide-body truck revving. It makes me giddy. But a big red truck needs a classic rock soundtrack, and in fact, I don’t allow any other music in it, claiming it will make the truck break down. The kids seem to buy it. The only exception is my buddy Derek “Dbone” Reckley who made an album last year called “Man” that fits my truck to a T.

Here’s my playlist for the truck, which you can also use for yard work when it’s time to turn the brain off:

Another way to play dumb and follow the fun is indulging in some stupid fantasyland thinking, and nothing is stupider or more fun than feeling like you’re on a boat with Michael MacDonald. So when it’s time to hit the lake with some chilled Pinot Gris and a cheese board, throw on your captain’s hat and fire up the “Yacht Rock” playlist. Its sole purpose is to teleport you to the deck of a sailboat with a hot mustachioed captain whose sailors shirt is unbuttoned, blowing in the wind. Let him sail you away.

My last playlist is for all the Deadheads out there and it’s another form of escapism. Can we please not shame escapism right now? We’re all dealing with this in our own ways. Anyway, for the true Heads, don’t just this list, I love Bobby, I do, but my favorites just happen to be Jerry songs (which is why I can’t bring myself to go to a Dead & Co. show yet). And I’m not super into the staccato fingerpicking that Jerry was pulling in the mid-’70s. I’d love to hear some other suggestions though!

So those are four playlists that let my brain take a break, let go, and get some of those needed endorphins. Music has a unique way of dumbing my brain down and buying me some much needed time away from the real world. But you have to try at it, I still have those times where I’ll be listening to “Good As Hell” but my brain is down the rabbit hole of the latest bad news cycle, and I have to actively pull myself out and into the song. Most of the time it works, and I’m doing a little “white guy shoulder shake” and feeling better. But sometimes it doesn’t, and that’s ok. We’re just doing our best.

So get those headphones out and start playing dumb. And please give me all your suggestions for songs that are helping you get through this.

The post Brian’s Secret Guaranteed Happy Mood Playlists (And Why They Are So Important To Him) appeared first on Emily Henderson.